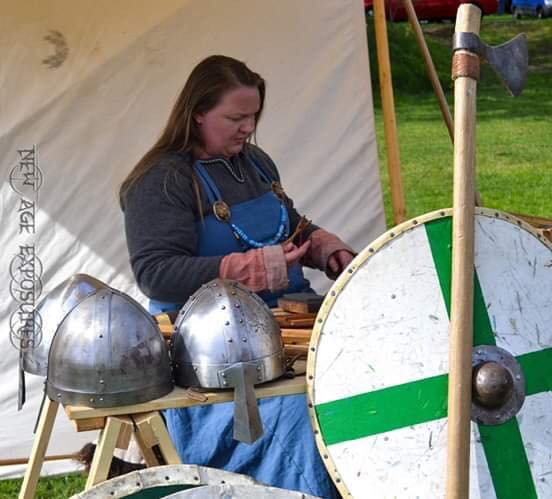 Ljufa was born in the town of Kaupang to Brun Haroldsson, a fisherman and ship builder, and Saudis Burinndottir. Saudis however died during Ljufa's childbirth. Brun's grief was great and he never built another ship.

Brun brought Ljufa and her older sister Asvi up the best he could teaching them to fish. Ljufa however always found distractions in all things green and flowery.

Ljufa longed for a better life, and dreamed of having land of her own to farm.

In the winter of 864 Ljufa's father Brun became ill and by the time spring came he sadly died. And Ljufa and her sister Asvi were left to look after them selves.

In the summer of 865 Ljufa, on her way to deliver fish to a near by village tripped and fell over the sleeping body of a stranger. The stranger quickly woke in an angry drunken temper to be quickly calmed by the beautiful young face of Ljufa.

The stranger, a travelling warrior, was Gunnar Sigurdson. Over the coming weeks the pair fell in love and quickly married. Gunnar had told Ljufa his dreams of travelling west to make a new life and Ljufa wanted nothing more.